What is Seven Alpha (7A)

The three keys represented in Seven Alpha™ are 'Death', 'Hell', and 'The Grave'.

Physically there are three component Seven Alpha™ keys to access security, which may be kept together or separately by members.

Each key represents an access token in a multi-part password system to the database and strong-identity tracking service system available to a Seven Alpha member, and all data is block-device encrypted for easy mounting, security, and replication over the lifetime of numerous devices and technologies suited to standard long-term data storage.

Seven Alpha™ keys are made to defeat the three evils of socialism: 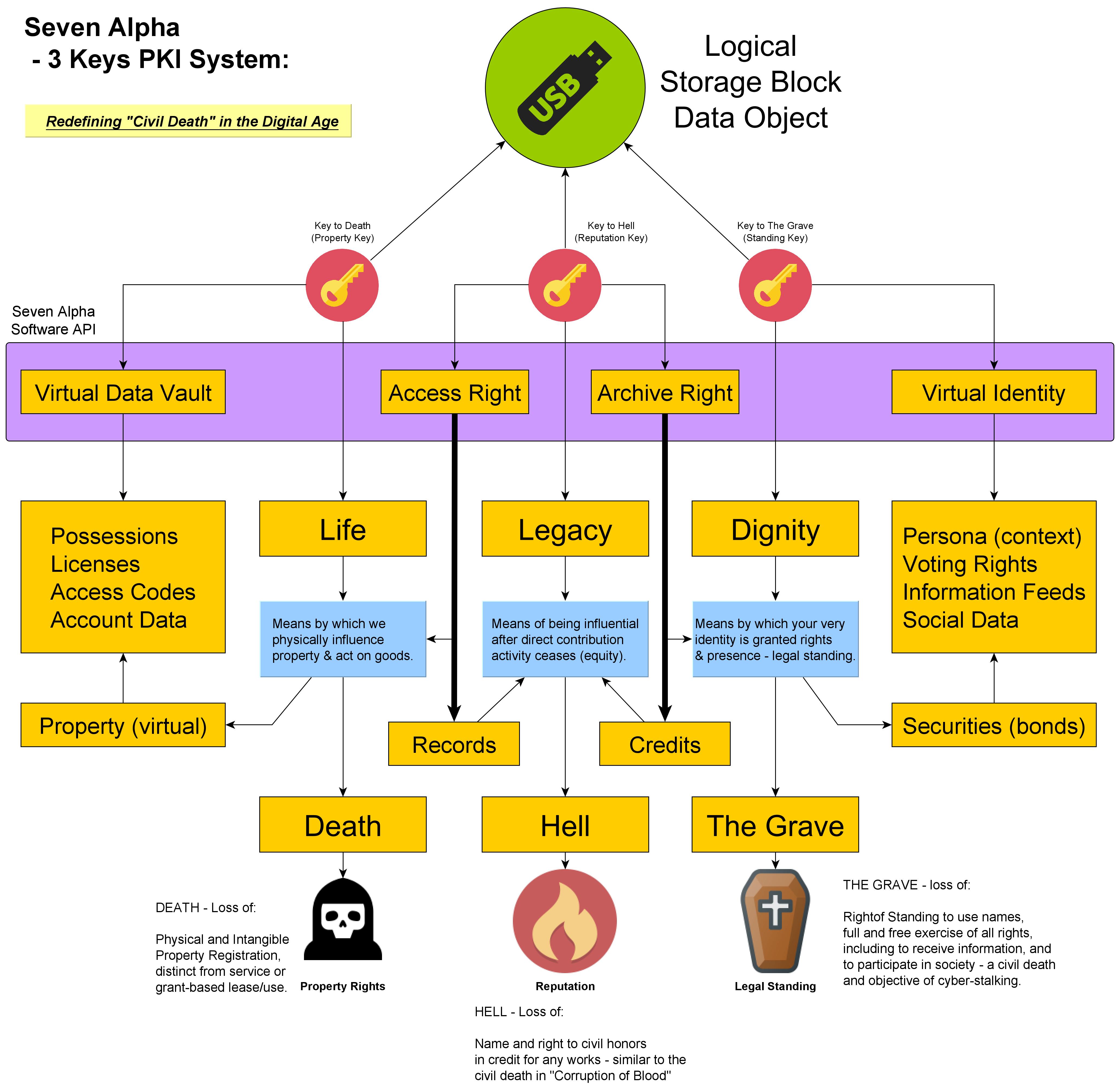