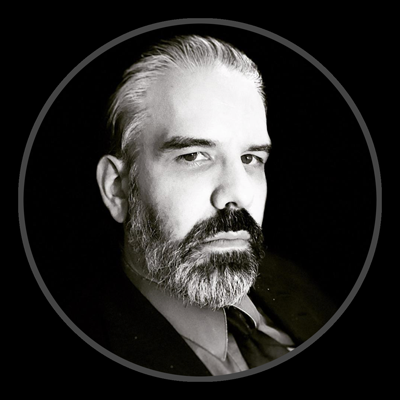 After 45 years of software development, the criticism and harassment of regional companies to infringe upon our work, marks, and efforts in overt blackmail have left our confidence in the United States very low.

Acts of child kidnapping to extort and blackmail our company are facts documented in confession and record of fraudulent order requiring the return of the child not performed or honored in any way over 2001-2019 contrary demand of a writ of habaes corpus and unlawful false claims in fraudulent "final judgment" in excess of $100,000 USD through criminal conspiracy against State and Federal Law so alleged in formal complaint in this matter now before the District Court.

Likewise, claims that we will not honor our warranties or provide service due to: 1.) unlawful interference; 2.) intimidation by publications in fraud and terrorist hoax activity; 3.) arrest or other form of criminal intimidation on no legal cause; 4.) capitalization of firm in market compared to other channels; 5.) claims of fault in competency or character derived from the taking and concealment of a child illegally by custom or fraud; are violations of 21 O.S. § 21-1200, § 21-836, and/or § 21-837. These are crimes in the State of Oklahoma, and will be regarded as criminal activity on observation, discovery, or utterance before any agent or officer of the firm as coercion described in 22 U.S.C. § 7102 and/or 21 O.S. § 21-748(A)(1).

As such, do not engage in this behavior without accepting our prior disclaimer that your name and affiliation will be recorded and disclosed for your conduct in perpetuity and before a federal and state criminal felony complaint in organized racketeering activity prohibited by 18 USC § 1951 and/or § 1961; or other clauses in Title 15 Chapter 41 Subschapter V of the United States Code or other powers (76 O.S. § 76-9) related.

Claims of mental health defect to justify this condict either in your person or against the parties you are defaming by slander and libel are also criminal activity and subject to this 22 O.S. § 22-31 right of resistance by public notice and citation, should you violate on face 43A O.S. § 43A-5-104 or any section subject to the riot act of the State of Oklahoma or other criminal code.

If you are unaware of the laws of the State of Oklahoma, you are obligated to contact an attorney and conduct yourself accordingly to our "privileges and immunitiies" per the recent 586 U.S. ____ 2019 case #17-1091 ruling against this fraud in the Supreme Court.

All communication with this firm falls under INTERSTATE COMMERCE code and is subject to United States Code (USC) and Oklahoma Statutes (O.S.) as well as the protections of the Article IV section 2 and 4 rule of the Constitution of the United States and Oklahoma Constitution Article I section I-1 domestication of those codes and language in full as prescribed in the prior United States Supreme Court ruling as superior to State and Federal law in matters of pecuniary fines, forfeiture, or other claims based upon such acts of the State or Federal Legislature, as made prior notice in 42 USC § 1981 and 1994; and also in 15 USC § 1673(c) rule against both State and Federal agents and courts and their legislatures explicitly barring the terrorist hoax known as alleged order 01-17702-R.

You have been duly notified and served, per your request of this page.

Because of criminal harassment, we have reduced our website for Brazillian and South American Nazis who keep sending sexually explicit threats of rape and murder to our family members and staff. This should eliminate any confusion as to what remedy at law is affordd our company to identify the employees of Robert Half Technologies, Tek Systems, NTT Group, Equinix, and their affiliates who are engaging in ongoing harassment from 2007-2020 in concealment and kidnapping of a minor child to extort.

Employees of the prior firms are prohibited from use and all communication without legal counsel or similar legal duty in writing by U.S. Mail only. Violation will be construed as felony stalking (18 USC 2261A) and harassment.

Disclaimer: Programs on Twitch.tv are for entertainment purposes.

Like television, they do not represent real-life people or events. Efforts to portray such entertainment as factual characterization of performers will be viewed as a mental health issue and referred to law enforcement for state prosecution of harassment, stalking, or claims violating 43A Oklahoma State Statutory Code 43A-5-104 (a crime).

Our content is written from a military veteran perspective, has an age limit posted, and is unsuitable for minors without parental permission, like a RESTRICTED (R-Rating, MPAA) film due to subject matter including war, politics, and matters of Supreme Court determined law discussed. 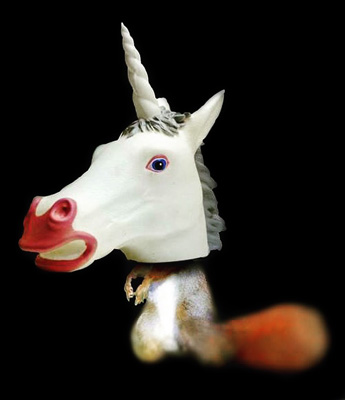 Acid Squirrel is a deviant little bastard, killer of men, and hunter of the MMO-RPG Battle Royale, proving you don't have to be human to be humongous horn in the side of other players and teammates.

Acid Squirrel is "Jacks Angry Spirit Animal" from a movie about soap, seeking revenge on all that is progressive, narcissistic, and dumb. The Shwartz is with him, and a few hundred rounds of 7.62 AP.

Acid Squirrel (character) began playing Mechwarrior Online in beta, where small fast scout mechs weighing 20-35 tons are called 'squirrels' in tactics. The meme "Do Not Chase the Squirrel" became the basis for his callsign as a forward operator and scout - striking 75-100% of enemy players in first contact action employing fire-and-maneuver tactics.

Acid Squirrel also appears as a psychotic manager in Oxygen Not Included playthroughs - driving dupes (simulated workers) to their comic demise, and again in Fallout 76 as a kill-crazy little post apocolyptic "Insurance salesman" in the Wasteland, selling "Squirrel Insurance" before gunning down hordes of undead customers and robots who do not buy a policy.

Effort to confuse this comedy with real life is both tragic and sad delusion of a mentally ill person watching an online entertainment program - and evident in PETERSEN v ALLEN letters to ALLEN and his family by the Dallas family concealing the abducted Oklahoma child. Game Testing in Alpha and Commentary from an acidic tone by our in-house developer.

Herr Magus Stryx literally means "Mister Mage Owl", and has been in gaming and events since 1992. He is cranky, vulgar, and to the point. If you don't like that, or have a mental illness that can't deal - GTFO.

Critical thinkers who don't have a narcissist or sociopath complex are welcome. Prior advice to others. Real talk.

"STRYX" is a registered trademark of our firm in class 38 publications and literature, pertaining to science fiction and online electronic media, and has been in use since 1992. Efforts to resell or use the name during the 2001-2019 kidnapping for ransom of a newborn child are alleged felony 21 O.S. § 21-891 'child snatching' now under criminal complaint.

Infringement of which is designed to influence the legal right to voter sufferage in Oklahoma, cause forfeiture of estate, and damage trade secrets by employees of a Texas and Michigan corporation acting in Volksverhetzung (hate speech, promoting genocide) against American developers based on eugenics in the FBN1 genetic delta and effort to promote 'forced labor' to resolve pecuniry fines (18 USC 1589) ruled UNCONSTITUTIONAL as of Feb 20 2019 in 586 U.S. ____ 2019 case #17-1091 by 9-0 in the United States Supreme Court, barring the fraud from ever having legal life in 2019.

We take these acts by the Progressive Democratic Party of the United States very seriously, and consider them war crimes as of 2019, in violation of 18 USC §1091 and 43A O.S. §43A-5-104 fraud aginst the laws of the United States. Acts to kidnap and conceal children of American Service members shall be themed as rebellion, insurrection, sedition, and treason by this office and its officers. 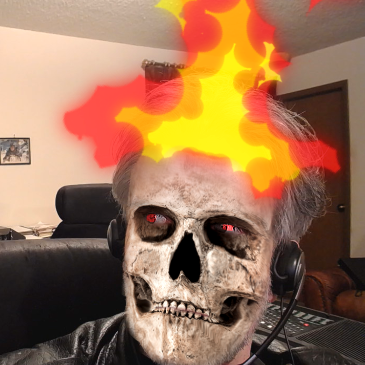 Join our horror host to talk about monsters in science fiction and film every week in context to upcoming "Beyond War" titles and products.

Learn about modern horror in social fiction and the issues that new media have created which force political writers to hide their work.

See how horror - like the 1950s Twilight Zone - helps keep writers from being targeted by violence in Western socialism and progressive "hate speech" movements.

With collective identity politics, sometimes you have to wear the face of a monster to speak about the dignity and values of being a man and of family without overt reprisal.

Our programs are based on the recognition of this fundamental "dignity" as expressed in Article II-6 of the Constitution of the State of Oklahoma and United States Executive Order 13563.

Recent rulings by the Supreme Court in case 586 U.S. case 17-1091 and 588 U.S. 17-647 affirm this fraud, and illustrate how the use of monsters to portray human and humanist values in the science fiction of James Allen relate to prior 1950s works by Serling, Roddenberry, and Matsumoto - later made famous in film and art. Efforts to suppress or sell this body of work and rights are at the center of the child concealment and extortion activity, and such fraud to discredit the work as a property or patent exclusive of the content and themes expressed therein an express effort to cause 'civil death' and 'forfeiture of estate' in prior Lebensborn and Lebensraum claims of progressive terrorism against Jews and Poles in the 1930s and 1940s, repeated in PETERSEN v ALLEN in 2019.

The works discussed are themed to teach lessons against genocide, eugenics, and discrimination based on wealth and earnings which undermine the dignity of individuals in favor of the state or collective.

As such, they have evoked extreme hatred from left-wing extremists themed terrorists in 2001-2019, and active threats to harm the business and family arising from this abuse affirm the hate speech and gender based violence which our horror hosting is designed to oppose and educate against.

Literary interpretation of man against nature and man against society are central to most of the works, and discussed while playing various games like Fallout 76 and social battle royale (death celebration contests), as those areas are the most frequent place to find candidates who need the ethical and social counselling.

We consider this an outreach program to audiences that are under-served by public schools and family programs, and a civil rights project. 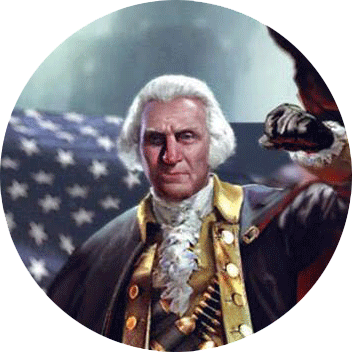 Discuss the liberty and security aspects of a dedicated network like that of The Russian Federation and other nations resisting social sabotage by terrorism under color of law in 2000-2019.

Seven Alpha™ is based on the concept of the "individual estate", a universal legal person in which rights are attributed and may be estimated in any injury against any "single individual" regardless of benefit to the community or other claims of "general welfare" notwithstanding.

Article II-36A discrimination tests, and is our baseline for all policy.

An injury to "The One" is an injury to all. Any "One", in the objective sense of Ayn Rand, and without qualification to prove their "contribution" prior the affirmation of rights and protections.

When you start seeing people resort to "mental health" to deflect from criminal wrongdoing, there's something there that obligates society to come to the defense of a person so accused and ask "why".